Not long ago I joined the Dragon Dads. If you know me you might know why, and if you don’t, it isn’t mine to say. What are Dragon Dads, you ask?

The Dragon Dads are an online support group for dads with LGBTQ kids. Support, not in the sense of “How do I deal with this?” but in the sense of “How do we smash hetero-normativity and support our kids?” I came to learn about them through a little article about them attending a Pride event, and then looked into them a bit more. Turns out, it’s easy to join, and they seem really cool. Here’s a sample manly picture of some Dragon Dads with their kids: 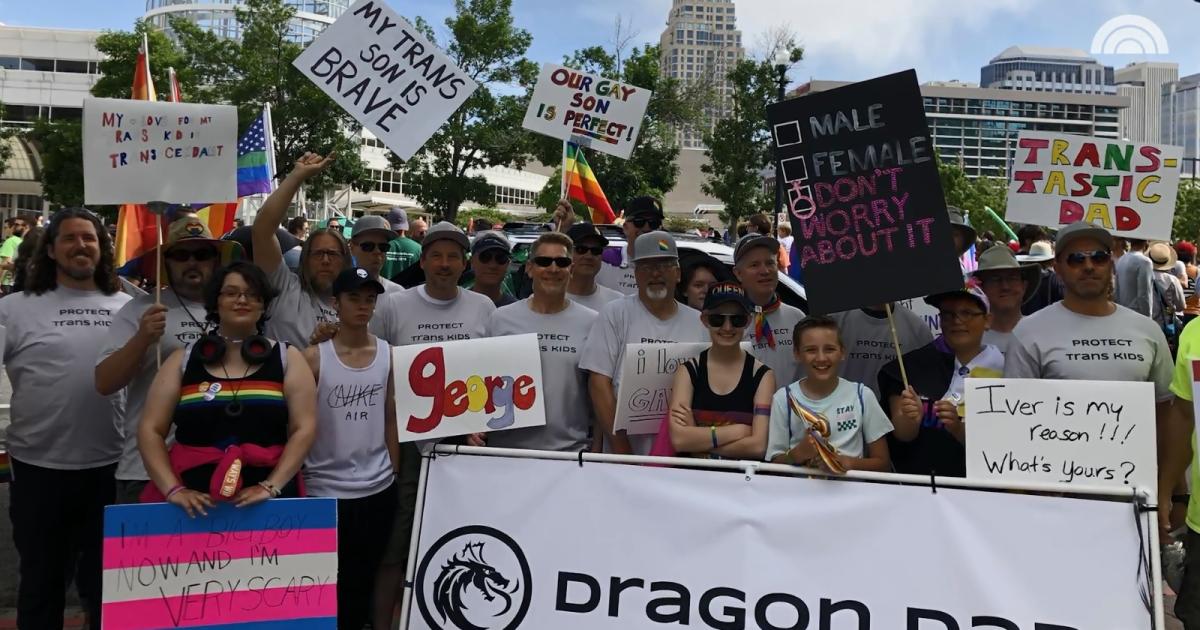 The message boils down to “Don’t mess with our kids.” And to me this is a very basic aspect of masculinity that I don’t think I’ve touched upon before – protect the offspring.

This very manly impulse, in fact, is what lies behind plenty of abusive fatherly behavior – punishing a child as a way to try to change them and protect them from the world. This is of course precisely wrong, but probably sticky behavior because it draws on something manly and true.

Protect the offspring. Take their side. Don’t side with a shitty world, it’s shitty enough.